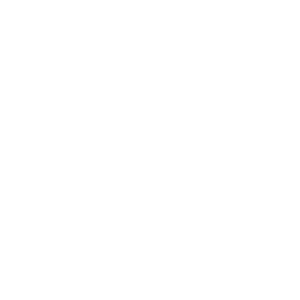 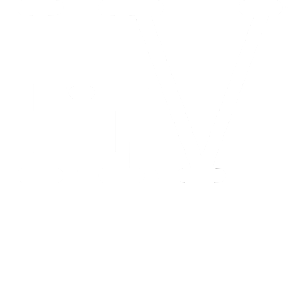 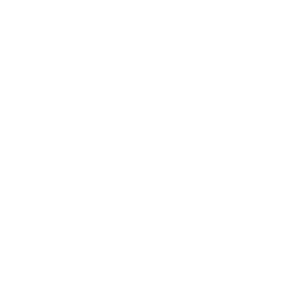 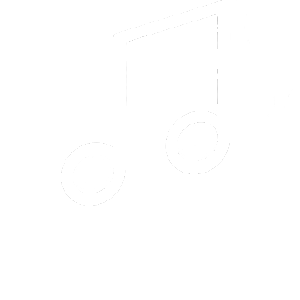 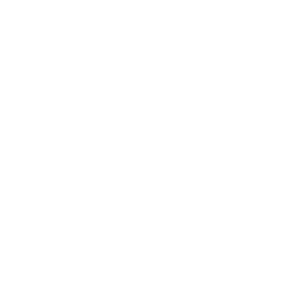 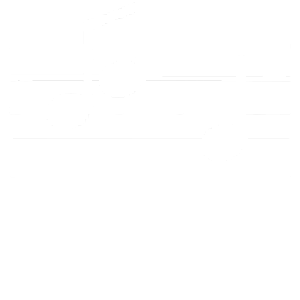 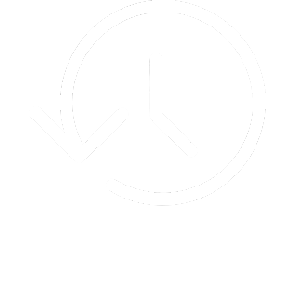 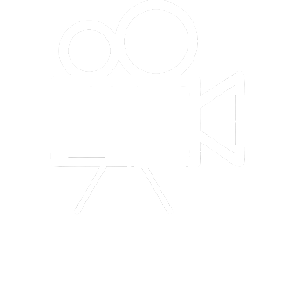 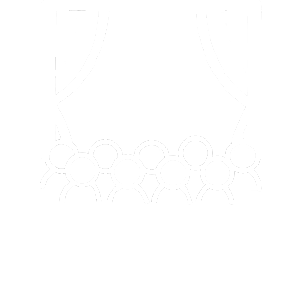 Falke gets his revenge on his friend Eisenstein by playing a practical joke on him at Prince Orlofsky’s masquerade.


Eisenstein is supposed to go to prison for eight days for a civil offense. His friend Falke persuades him to go to Prince Orlofsky’s party instead. Eisenstein’s wife, Rosalinde is courted by her former lover Alfred. When the prison governor Frank comes to take Eisenstein to prison, Rosalinde asks Alfred to pretend to be her husband and take his place. Rosalinde decides to go to the party at Prince Orlofsky’s house. Adele, their chambermaid, manages to convince Rosalinde that she should get the night off by saying that her aunt is very sick. Instead she too goes to the party. Even the prison warden Frank decides to join the party at Prince Orlofsky’s villa.

There is confusion at the masquerade since everyone’s disguised. Rosalinde decides to seek revenge because her husband Eisenstein is flirting with Adele. At 6 am in the morning Frank and Eisenstein leave the party for the prison. Alfred is already there and Rosalinde also shows up. Eisenstein questions them both about their rendez-vous last night, but Rosalinde quickly bites back telling him that he’s been flirting with their chambermaid. Falke and the other guests arrive at the prison. All is forgiven.

Rosalinde’s admirer and former lover Alfred is heard serenading her from outside. Adele, Rosalinde’s chambermaid, receives a forged letter, allegedly from her sister Ida, a ballet dancer, inviting her to a grand supper at Prince Orlofsky’s villa. In reality the letter is written by Eisenstein’s friend Dr falke. To be able to join the party, Adele makes up a story about her aunt being deathly ill hoping that Rosalinde will give her the night off. Rosalinde refuses to let her go since Gabriel von Eisenstein is starting his jail term this very night. He’s supposed to serve eight days in prison for a civil offense. Adele leaves weeping. Alfred appears and Rosalinde manages to get him to leave by telling him she can see him later, after her husband has gone to prison. Eisenstein arrives with his lawyer Dr Blind, arguing about the jail sentence that has been prolonged by three days because of Dr Blind’s incompetency, according to Eisenstein. Blind leaves and Falke comes to visit. He persuades Eisenstein to postpone the start of his jail sentence until the next morning and come to the party at Prince Orlofsky’s house instead. He agrees, as long as Rosalinde doesn’t find out. After Falke has left, Rosalinde tells Adele that she’s changed her mind and that she can visit her “sick aunt”. Eisenstein, Rosalinde and Adele are all secretly excited about the night to come. Eisenstein and Adele leave the house.

Rosalinde’s former lover Alfred come to visit her, but they are soon interrupted by Frank, the governor of the prison, who has come to personally escort Eisenstein to jail. To avoid a scandal, Rosalinde asks Alfred to pretend to be her husband, which he agrees to. Frank and Alfred leave for the prison.

The ballroom at Prince Orlofsky’s villa

The party has started and everyone’s enjoying themselves. Falke has been plotting for this night to happen. He was once ridiculed by Eisenstein, who left him drunk and dressed in a bat costume in the middle of town for everyone to see. As revenge he has invited Rosalinde, Eisenstein, Adele and Frank to the masquerade. Rosalinde is coming as a Hungarian countess, Eisenstein as “Marquis Renard”, Frank as “Chevalier Chagrin” and Adele as the actress “Olga”. The Russian prince Orlofsky welcomes everyone to the party. Adele recognises Marquis Renard as Eisenstein. She tries to convince Eisenstein that she really is the actress “Olga”, but Eisenstein thinks she looks a lot like his chambermaid Adele. Frank arrives and starts talking to Eisenstein in French. Neither are fluent and Orlofsky is amused as he listens in. Ida, Adele’s sister, asks when dinner will be served, and Falke replies that they’re waiting for another guest, the Hungarian countess, who is in fact Rosalinde.

Rosalinde arrives and sees her husband flirting with Adele. As soon as Eisenstein sees the Hungarian countess he’s instantly smitten. He’s planning to use his beautiful chiming watch as bait in return for her favours without actually giving it to her. But instead, Rosalinde steals the watch. She convinces everyone of her identity by singing a Hungarian dancing song. Olofsky makes a toast to champagne. Soon the clock strikes 6am and it’s time for Frank and Eisenstein to leave for the prison.

Frosch, the prison guard, has become drunk during the night and Alfred is annoying the other prisoner by singing operatic arias. Adele and Ida arrive, hoping that Frank, who they think is ”Chevalier Chagrin”, can sponsor Adele’s career. The bell rings and Eisensten dressed as “Marquis Renard” arrive. Frank quickly moves the girl, with the help of Frosch, to an empty cell.

Eisenstein is confused to see “Chevalier Chagrin” at the prison. Frank reveals his true identity and in turn Eisenstein also confesses. Frank is perplexed since he put “Eisenstein” in jail last night. There is another ring at the door. Alfred, who is imprisoned, has sent for Dr Blind. Blind sees Eisenstein is confused as to why he’s not in a cell. Eisenstein takes his robe and wig in an attempt to find out who’s in jail in his place. Before he gets the chance, Rosalinde enters. Eisenstein, now disguised as the lawyer Blind, questions Alfred and Rosalinde about their dinner the night before. Rosalinde quickly replies that she is the Hungarian countess that he was flirting with last night. Falke and Prince Orlofsky arrive with all the guests. All is forgiven and they conclude that the revenge of the bat was just a joke.

A singing teacher, infatuated with Rosalinde 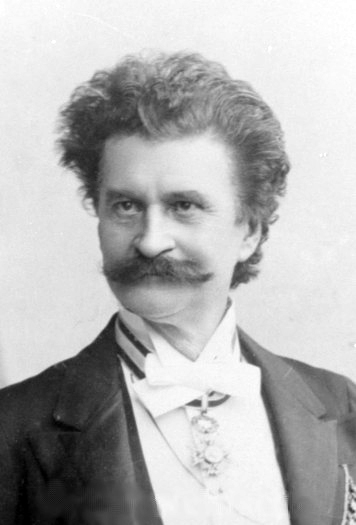 Johann Strauss II was an Austrian composer most known for his dance music and operettas. He’s often called the “King of waltz” with a list of works containing more than 500 waltzes, polkas and quadrilles. He also wrote operettas of which Die Fledermaus, Der Zigeunerbaron and Eine Nacht in Venedig are his most popular.

He’s the son of Johann Strauss I. His father did not want him to pursue music, but rather become a banker. However, when his father left the family for a mistress, his mother encouraged him to continue his musical career. Johann Strauss II married three times during his lifetime. He died in Vienna at the age of 73 of pleuropneumonia.

Together with his father and two brothers they came to dominate the Viennese light music scene. In the light of history, Johann Strauss II was the most successful composer out of the family.

“Happy is he who can forget what cannot be anymore changed.”

Johann Strauss II was a personal friend of Johannes Brahms.


The libretto for Die Fledermaus is based on a French vaudeville comedy, Le Réveillon. Karl Haffner, a popular playwright and librettist of his time, translated the play into German. Based on the translation, Genée wrote a new text that would become the libretto of Die Fledermaus.

Karl Haffner was an Austrian playwright, actor and operetta librettist with a list of about 100 plays and librettos.

Richard Genée was an Austrian librettist, playwright and composer with a list of about 50 plays and librettos.

Die Fledermaus has been popular ever since its first premiere at Theater and der Wien in 1874. The audience loved Die Fledermaus right from the start, although the critics were more sceptical.

Today it is the most often performed operetta worldwide. In the ten years following its premiere, it was performed in New York, London, Paris and Munich to mention a few.